How Many Times Do Men Lie in a Day? 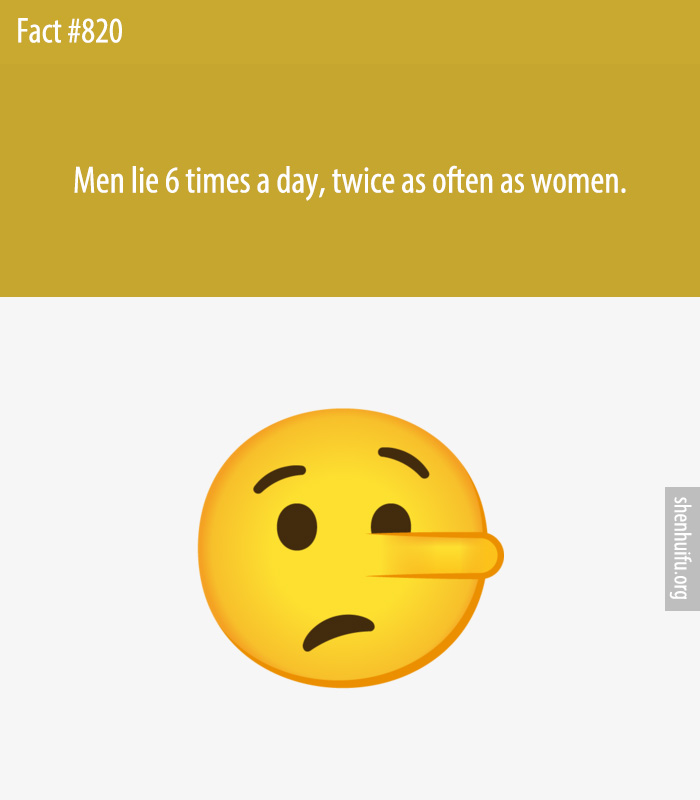 Men lie 6 times a day, twice as often as women.

It finds that men lie an average of six times a day – twice as much as women: Researchers found the average man tells six fibs a day to their partner, boss and work colleagues – a total of 42 each week. That amounts to 2,184 a year or a staggering 126,672 over the average lifetime.

What Should I Do To Express That It Was An Accident And That I’m Sorry When I Stepped On My Dog’s Foot?
8 Foods That Could Be Affecting Your Body Odor
What is a Japanese Giant Hornet?
My neighbors favorite song, Disturbed.